Advocacy Group in India Dances for Visibility and Equal Rights 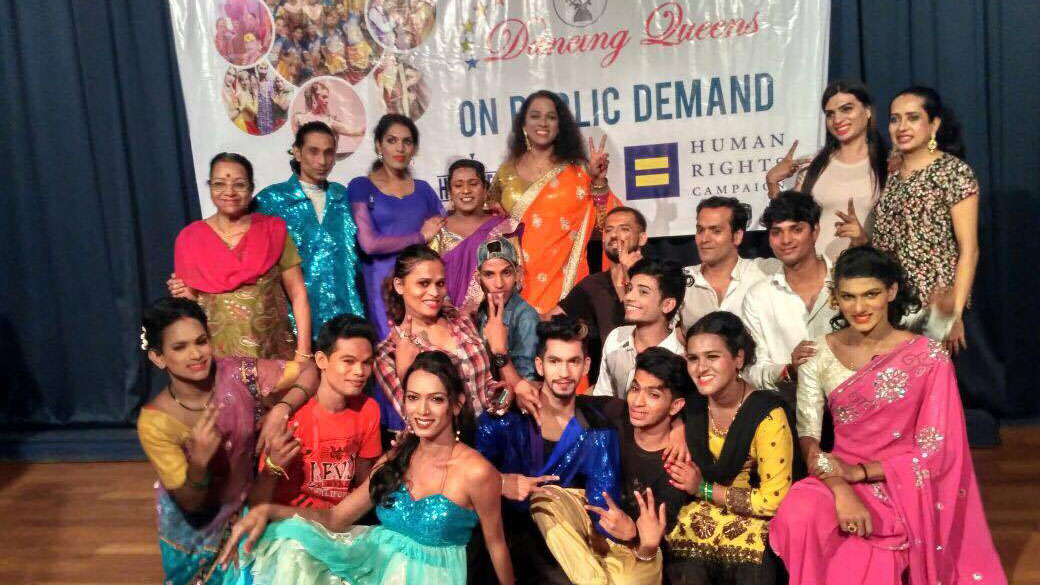 For the last 14 years, Dancing Queens - a dance troupe made up of transgender and other LGBTQ people - has created magic on stage through dance and drama to advocate for queer rights and visibility. We now have 25 dancers, after initially starting off with just three transgender women who had a passion for dancing. Transgender women and especially hijras* (an ancient third gender identity in South Asia for people who are outside the traditional male or female binary) in India have traditionally used dancing and singing to beg for money for their survival. Hijras face constant humiliation, violence and rejection from society and their own families.

Last Sunday, Dancing Queens held an event that was a part of Mumbai Pride and supported by HRC through the Global Partnerships in Pride program. It highlighted stigma and discrimination against sexual and gender minorities in India. More than 200 people attended our colorful and engaging performance which was organized by the Transgender Welfare, Equity and Empowerment Trust (TWEET) Foundation.

“I dance with my transgender daughter because I want to show my strength and happiness in accepting my kid as she is!”, my 70-year-old mother, Managala Aher, said to a journalist before she walked on stage to perform a dance number last week.

It was not been an easy journey for my troupe of talented dancing queens. We had to train transgender women and hijras - who were begging on streets and often engaged in sex work and had no formal dance training - to become professional dancers.

In the question and answer session after the performances, we discussed important issues around family acceptance, employment and discrimination with the audience.

I am glad that Dancing Queens is strengthening efforts at LGBTQ and transgender acceptance with every performance in India and am grateful to HRC for supporting this event.