Mr. David has significant litigation and management experience in the public, private and not-for-profit sectors. He has been at the forefront of the movement for LGBTQ equality for more than a decade and worked at both the state and national level.

In 2015, Mr. David was appointed by New York Governor Andrew Cuomo to serve as Counsel to the Governor. In this role, he has functioned as the Governor’s chief counsel and principal legal advisor, and managed all significant legal and policy deliberations affecting New York State, including evaluating proposed legislation; implementing laws and policies and formulating the State’s posture in both affirmative and defensive litigation.

Prior to his appointment as the Governor’s Chief Counsel, Mr. David served for four years in the Governor’s cabinet as the Deputy Secretary and Counsel for Civil Rights, the first position of its kind in New York State. In this capacity, he was responsible for a full range of legal, policy, legislative and operational matters affecting civil rights and labor throughout the State. Mr. David also previously served as Special Deputy Attorney General for Civil Rights for the Office of the New York State Attorney General, where he managed Assistant Attorneys General on a variety of civil rights investigations and affirmative litigation, including employment and housing discrimination, fair lending, immigration, reproductive rights and anti-bias claims. Further, he previously served as Deputy Commissioner and Special Counselor at the New York State Division of Human Rights.

Prior to working in the public sector, Mr. David served as a staff attorney at the Lambda Legal Defense and Educational Fund. At Lambda Legal, Mr. David litigated precedent-setting civil rights cases across the nation affecting lesbian, gay, bisexual, transgender and queer individuals as well as those living with HIV and AIDS. He handled both affirmative and defensive matters relating to marriage, parenting rights, discrimination in schools and access to health care. In addition, Mr. David served as a litigation associate at the law firm Blank Rome LLP. He began his legal career as a judicial clerk to the Honorable Clifford Scott Green in the United States District Court for the Eastern District of Pennsylvania.

For the past decade, Mr. David has served as an Adjunct Professor of Law. He began his work in academia with Fordham University Law School and continued at Benjamin N. Cardozo School of Law. 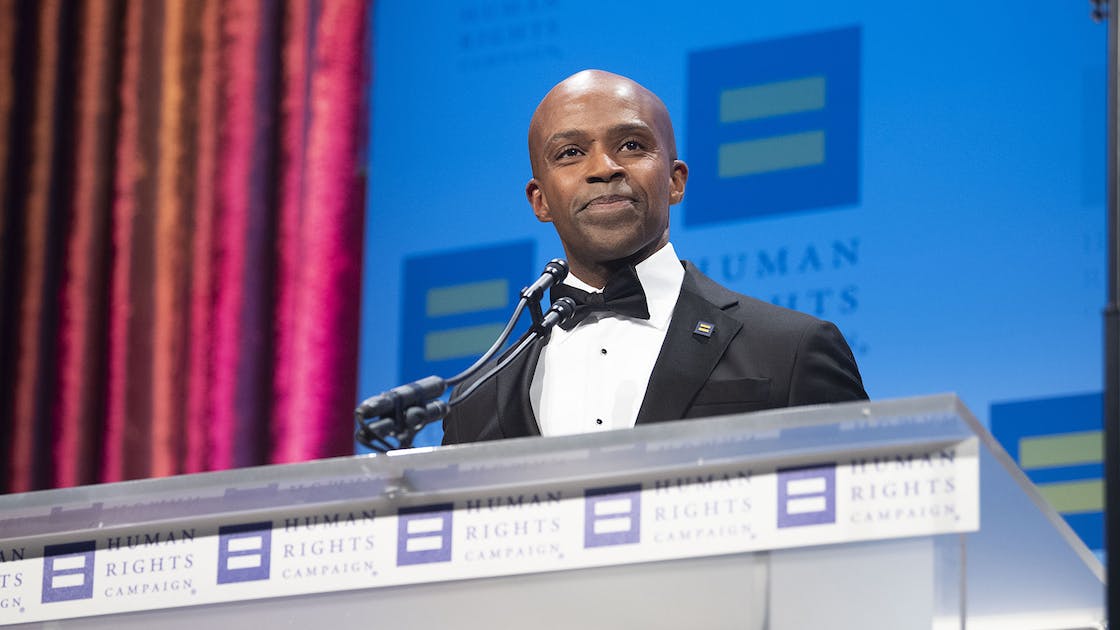 Alphonso David will be the first civil rights lawyer and the first person of color to serve as president of HRC in the organization’s nearly 40-year history. To learn more, go to HRC.org.

Alphonso David will be the first civil rights lawyer and the first person of color to serve as president of HRC in the organization’s nearly 40-year history. To learn more, go to HRC.org.